What do you know about architectural history in Turkey?

What are the distinctive characteristics of Turkish architecture?

What are the main eras in Turkey’s architectural style?

What is the position of Turkish architecture style these days?

Due to numerous historical centers and beautiful nature, Turkey has been the center of attention of many people looking to buy property for sale in Istanbul and other important cities of Turkey. Now, in this article, we are trying to address one of the main attractions of Turkey for visitors and property buyers.

Turkey is one exception in the world regarding architectural diversity and alteration from the past to now. Turkey’s variety and magnitude of architectural styles reflect its history and geographical position.

The country straddles the intersection of Europe and Asia and has been hosted by different nations and ruled by various governments, and each culture has influenced Turkish architecture style.

According to evidence, architectural history in Turkey could be investigated in four determining classifications. Each era demonstrates special indicators that lead to different styles and architectural aspects. Here the writer brings a brief and clear definition for each era.

To explore prime Turkey architectural history, we need to start from a far. Cappadocia has a lot of structures like venues around Goreme. The history of Cappadocia harks back to the Roman period when Christians had settled in this region and created stunning houses and churches by carving in the rocks and cliffs.

Some monuments related to this architectural era are Selima Cathedral, Rose Valley, and Kaymaklı underground city.

A conspicuous architectural turning point sparked during the Seljuk empire in Turkey, which still is distinguished in Turkish architectural aspects in the country. The main Seljuk architecture characteristic is adapting cultural diversity with special architectural features to the Turkey region.

The distinctive features of the Seljuk empire are bare frameworks with simple and harmonious proportions combined elegantly in structures. These structures are designed based on (Monumental Portal) concept determined by plain structure with colorful doorways and intricate embellishments.

Next to the Seljuk era, the following era is related to the Ottoman empire, determined by elegant structures and complex design that turned into a dominant characteristic of Turkish architecture. Ottoman architecture is an intricate complex of design principles and construction styles obtained from the Middle East and the Mediterranean and got some alterations and emerged as a new style.

More than this, schools, baths, tombs, and fountains are structures with a clear inner structure of ottoman architecture with a specific design that focuses on harmony and hierarchy.

Minarets, domes, and buttresses are the distinctive elements of this period. Monuments are the same in terms of material and general layout, with differences in interior embellishments, decoration arrangement, and size. All buildings induce a scene of splendor and majesty.

Blue Mosque is a magnificent monument in Istanbul and is considered the apple of Istanbul. The structure is the last impressive monument related to the Ottoman period. Its hand-painted blue interior tiles and extravagant exterior layout, with discreet utilization of natural light and dazzling interior design, throws the visitor to heaven, a fair place for religious contemplation, symmetry, and repetition.

During the last years of the Ottomans’ reign, it coincided with Europe’s power enhancing.

Western ideals shifted to the region in various aspects like architecture and lifestyle. European fascinations affected Ottoman’s architectural figures and created a new combination. For example, Baroque and Rococo are woven with Ottoman architectural style, resulting in a variety of Turkish styles like the Tulip style, the Baroque style, and the Empire style.

These changes led to a shift in the construction and design of buildings in Turkey which demonstrate a combination of European elements in a traditional formwork. Important structures mentioned as samples of nobility and elegance are Ahmed III, an example of the Tulip style, the Nuruosmaniye Mosque, the Baroque style, and the Ortaköy Mosque, an example of the Empire style.

From 1890 to 1930, nationalists have begun to instill diverse aspects in architectural dimensions. These years could be considered the first nationalist architecture movement in Turkish history.

Stand out examples of buildings related to the nationalist architectural movement are Tayyare Apartments, designed by Ahmet Kemaleddin, and the Defter-i Hakani building, designed by Vedat

Following prominent shifts in Turkish society due to economic and political evolutions, architectural methods and design developed to cope with this new flow. During modern architectural flow in Turkey, the regionalism view was ignored and substituted with flexibility and modernism. Formworks adopted with recent alterations to meet new needs and expectations.

Moreover, modernity in Turkey coincided with an economy-boosting to reach global trade, and cosmopolitan trading influenced all aspects of Turkey, including the construction industry.

Architects are equipped with new modern equipment and technology to fulfill drastic growth in Turkey. The utilization of new materials and new techniques caused an extreme shift in formwork and influenced tradition and the local architectural scene.

A dominant example related to the modern architectural movement is The Atatürk Cultural Center, built in 1960. The construction reflects a new era in Turkish design and architectural concepts with the help of new materials and techniques.

Even these days, Mimar Sinan’s methods and designs are applauded by experts and cause visitors to be surprised.

He undoubtedly influenced the Ottoman empire’s architectural era. Ottoman monuments are a combination of  Roma and Seljuk elements with intricate embellishments and interior design that changed them into unique art. Mosques like Selimiye Mosque in Endrine and Suleiman Mosque in Istanbul were his famous masterpieces.

They were more similar to Roma terraces and Seljuk elements rather than Arabic style, a rare phenomenon in Central Anatolia and Central Asian.

The influence of Roma and Christian elements in Mimar Sinan may be linked to his previous religion, which was Christian before he came to Islam. He combined Roma design with Seljuk elements to create a unique masterpiece for the Islam world.

Ottoman architecture is woven with Mimar Sinan’s fame and reputation. But what catches the attention of experts and historians is more than Mimar Sinan’s designs and ideas. He had done beyond his time in engineering, techniques, possibilities, knowledge, and aesthetic understanding.

What is Turkish Architecture These Days

Turkish architecture has passed turning points up to now. Turkey can acclaim itself as one of the exemplary items in terms of prosperous architecture that is going forward based on changes and needs while doing more for splendor.

Turkish architecture proves itself noteworthy in terms of typology, expression, and general design. In combination with scientific and authentic modern architecture and affluent architectural background, the country possesses a prime position in history, modernity, and contemporary architecture.

The secret of successful contemporary architecture and appearance of majesty is, getting used to obligatory changes and needs by using new materials and recent techniques with the same concern about reflecting extravagant and ancient turkey history and culture.

The worthy point in Turkey’s modern architecture and design is taking care of methods that lead to sustainable energy supply for these buildings in an economical way.

These days, Turkey has set itself as a spot of vibrancy, energy, and a place with brilliant culture and history. In a brief sentence, modern architecture in Turkey supports modernity and liveliness, with a sight back to beauty and majesty.

In conclusion, Turkey has a magnificent architecture that weaves with the country’s history. The main prominent point in investigation Turkey architecture is the alliance of architectural methods and design with history and nature. Monuments in ancient Turkey were not built just for needs; they also were channels to show splendor and majesty.

After fundamental changes in different aspects of the country and the appearance of the global economy, architectural views passed huge points to accelerate economic prosperity.

In the end, Turkish architects are classified as a high architecture rank with worthy experience and knowledge that could be useful for other countries who want to carry modernity in the previous history. 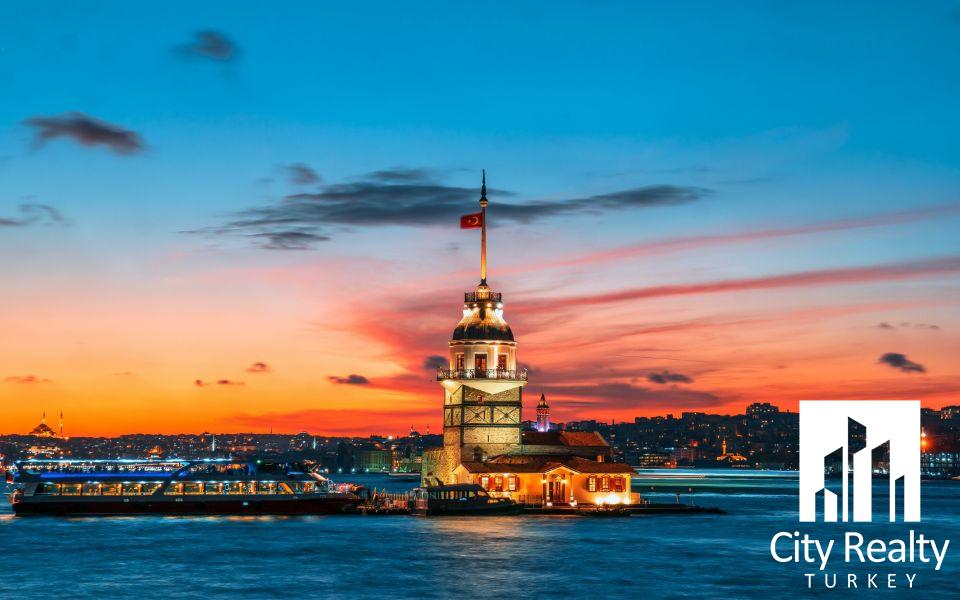 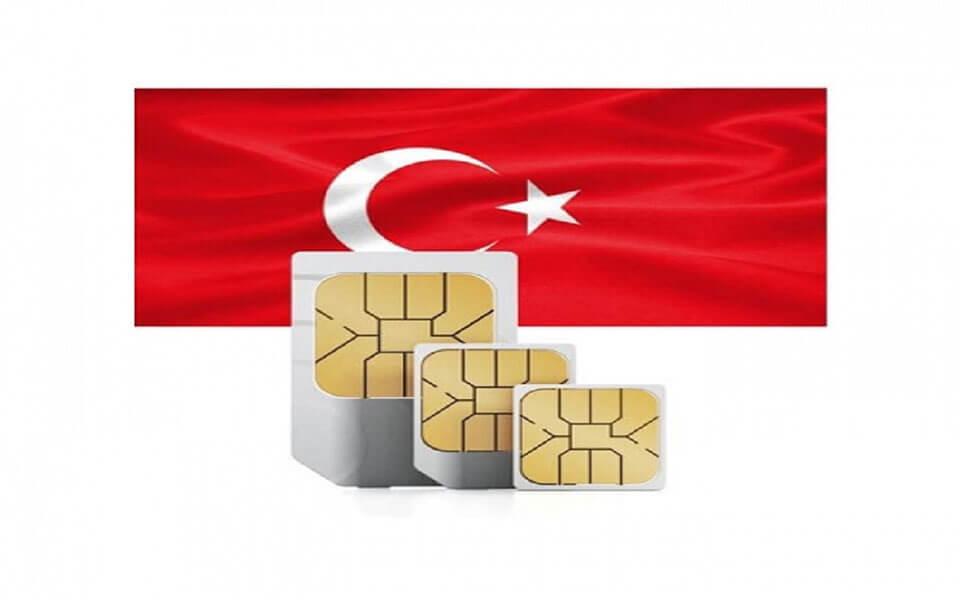