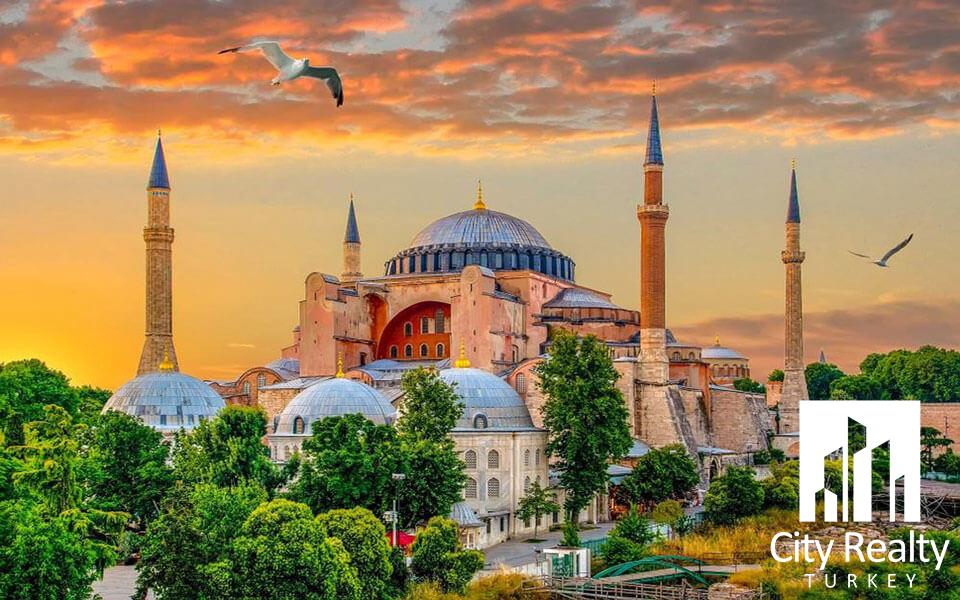 Have you ever been to Turkey?

Have you made a plan to travel to Turkey?

Have you ever heard about fantastic historical attractions in Turkey?

If you want to travel to Turkey, there is no place to hesitate. Through this paper, you get informed about historical cities in Turkey, and you will be able to make a traveling plan before your journey. Stick to reading and get joyful information about places of interest in Turkey.

Also, if you consider buying an apartment or villa for sale in Istanbul or other cities in Turkey, check out the site.

Turkey is a country that has deep roots in history. Because of the crucial geopolitical location and alluring nature, many nations and governments wished to take over the area and try competitively to attach this glamor area to their territory.

Therefore it is not far surprising that most of the cities in Turkey are replete with unique and adorable historical sightseeing’s that make Turkey a hub of tourists and history lovers. As a tourist, you have numerous places of interest in Turkey.

In this article, the writer brings a brief and complete list of historical cities in Turkey that you will enjoy being part of history when walking across cities.

Istanbul is on top of the list of historical cities in Turkey, and every passenger is strongly suggested to visit. Istanbul is a fabulous collection of architects, castles, and religious places related to various eras, such as Byzantine, Ottoman, and other governors. Here are the top famous historical attractions of Istanbul that you will enjoy during your visit.

Istanbul merges its vast historical tradition and modernity as an important metropolitan in Turkey, with a magnificent buzz that can be managed hardly by other cities.

The special characteristic of Istanbul, more than its modern urbanism in a pure ancient atmosphere, is straddling the opposing shores of Europe and Asia.

These unique conditions cause Istanbul to appear as the most mind-boggling and city-break destination city in the world.

The sightseeing in the city’s center is comparable with all tourist attractions in the country.

You can stay for several days in Turkey and still find new places to visit. For the first time during your visit, historical places concentrate most of your time. Note that Istanbul is known for its modern malls and enormous shopping centers. If you want to make an exhaustive visit to Istanbul, you must make a travel plan for several weeks.

Here the writer introduces some famous tourist attractions in istanbul:

Aya Sophia, called Sancta Sophia, in Latin also has been named as Church of the Holy Wisdom or Church, one of the famous structures dating back to the Byzantine era.

Aya Sophia not only became a symbol of Istanbul but also is one of the greatest monuments in the world. Aya Sophia was built in the 6th century during the Justinian Byzantine emperor’s reign as a Christian church. During Ottoman predominance, Aya Sophia had changed to a mosque.

The structure exhibits the religious alteration during centuries that has played out in this area. Aya Sophia has been one of the places of interest in Istanbul for years that simultaneously reflects the symbol of Islam and Christian elements. As a tourist, you must set your time to visit Aya Sophia as it occupies your time and you experience impressive moments.

Blue mosque, also called Sultan Ahmed Mosque, is related to the Ottoman Empire era in Istanbul. Blue Mosque is one of the tourist attractions that impresses a flood of tourists. This name is called Blue mosque because of blue hand-painted tiles that cause a sense of admiration and aesthetics.

Blue mosque is located next to Aya Sophia. As a tourist, remember that you need a whole day to visit Blue Mosque and Aya Sophia together.

Topkapi Palace is a fantastic tourist attraction in Istanbul which had hosted all Ottoman emperors till 19 century before moving to their European-style palaces, built near the Bosphorus shore. Topkapi has a more colorful and mysterious history than most of the world’s museums put together.

Topkapi is a complex of different sections, such as the treasury section,harame section, and Imperial Treasury. Sparking treasures, glory design, amazing architecture, and the castels’s uncovered history catch visitors’ attention. It is not far if you were suggested to consider more than one day to visit the complex completely.

Antalya is a premier Mediterranean resort in Turkey. The city is a place for nature lovers because of the brilliant sun, shining sand, and pure blue sea. Moreover, Antalya is a successful commerce center in the country. These circumstances turn Antalya into a cosmopolitan beach with a vigorous lifestyle.

The best places in Antalya are Konyaaltı beach and Lara beach, known for their vibrant, buzz life beach. The whole city has replete restaurants, cafes and bars easy on tap. Kaleici is an old-preserved city in Antalya with a calm beach easily available for taking a sunbath, relaxing for several days, and enjoying the combination of sun, sand, and sea.

That is not all. Antalya has abundant mansions that date back to the Ottoman era and ruins of classical architecture regarded as Aspendos, Perge, Side and Termessos. If the sightseeings inside the city are not enough to impress you, you have a lot in this neighborhood which is located at the doorstep of a whole swag of turkey’s archaeological sites.

Antalya leads down to Roma era harbor with amazing views sweeping across the jagged and mysterious mansions related to Ottoman with an alluring nature in an active atmosphere and available urbanization facilities undoubtedly is one of the top tourist attractions.

Bursa was the capital of the Ottoman emperor, keeping its glory up to now, and known as a modern, rambling city with almost two million people.

The central part of Bursa is full of ancient and exuberant monuments that occupy the whole day of tourists while visiting. Some of the famous monuments in Bursa are here:

Bursa grand mosque, called Ulu Mosque in Turkish, was built in Seljuk style and ordered by Ottoman Sultan Bayezid I between 1396 and 1399 CE. The outstanding architectural characteristic of this mosque is that it has 20 domes and two minerals. The mosque is 600 years old and is considered a famous Islam sanctuaries.

A Turkish green mosque called Yesil Mosque is located on the east side of Bursa. The name of the green mosque comes from exuberant interior green tiles. Also, the green mosque is called Mohamad Mosque because Sultan Mohamad I. Green Mosque ordered the mosque to be part of the Kuliye complex consisting of tombs, a school, baths, and a kitchen.

This complex was commissioned by Sultan Murad II and contained 12 tombs. This complex was completed after the Yasil Mosque and is located in the eastern part of Bursa. A horrible earthquake damaged most parts of the Muradiye Complex that was restored in the 19th century. After That, further restorations were done in 2015.

Izmir is the third premier city in Turkey, with 2.9 million people, spread along the Aegean sea coastline. Izmir nowadays is considered one of the main metropolitans in Turkey, which demonstrates modernity and civilized urbanization with deep historical vibes in the past. Also, The city is a buzz of commerce and benefits from a prosperous economy. For centuries Izmir

It was considered a cosmopolitan harbor in which different nationalities, for instance, Turks, Greeks, Jews, and Armenians, were living together peacefully.

Although the catastrophic fire at the end of 1922 for Turkey’s independence wiped out many historical neighborhoods in Izmir, a glimpse of it has been felt in past stories. One of the places that demonstrate the international history of Izmir is the vast Kemeraltı Market in the center of the city.

Other hubs of historical lovers’ attractions in Izmir are Ephesus and Pergamum, with a day-trip distance from each other.

Trabzon is a tourist-oriented city beside the black sea. Trabzon is worth more to stay than the number of days tourists planned. There are vast green tea farms that attract visitors. Also, Sumela Monastery is a famous monument on the Black Sea coastline.

Although it is not ready to serve visitors these days due to the restoration process, its location with vast colorful plain and jagged cliffs is still worth seeing. The Center of this Black Sea coastal city hosts a mosque that had been a church before, considered a treasure of frescoes.r

Moreover, Trabzon is a fantastic sample of cosmopolitan restaurants with a combination of Turkish, Georgian, and Greek flavors that hark back to Trabzon’s multicultural past.

Ankara is the second metropolitan city in Turkey, with a five million population, located in the center of the country. Ankara is a sprawling center of business and industry. You may ask why Ankara is suggested to put in tourists list of visits?

The answer is that Ankara is the Center of worthy museums of Anatolian civilization that exhibits an unparalleled collection of artifacts from archaeological sites across the country. The museums are sprawling from the Neolithic to the iron age. Ankara is the best place for tourists who want to know vast Turkish’s ancient history.

You can contact the advisors of the city real estate team to invest in this beautiful historical country by buying property in Istanbul or other Turkish cities. 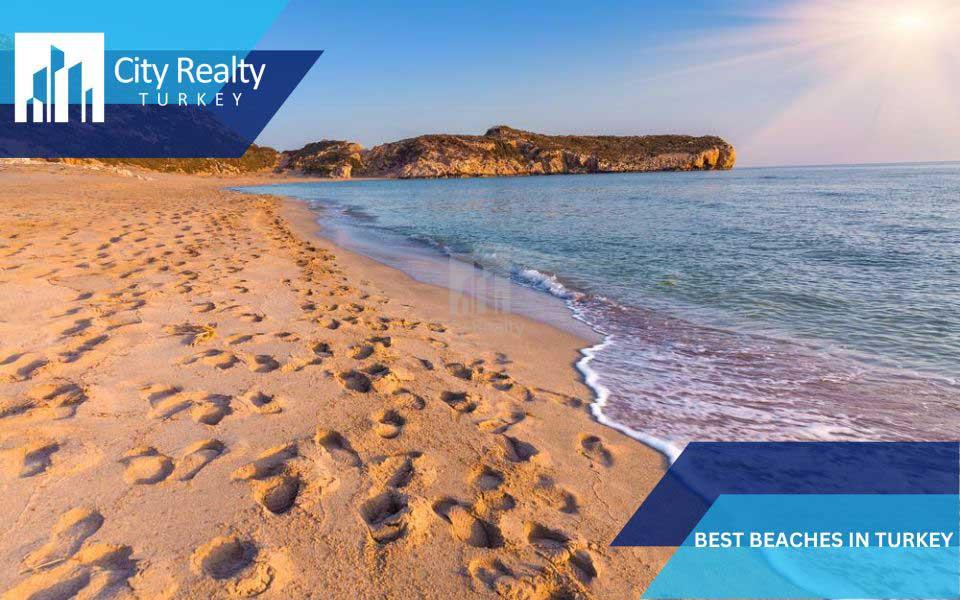 The Best Beaches in Turkey 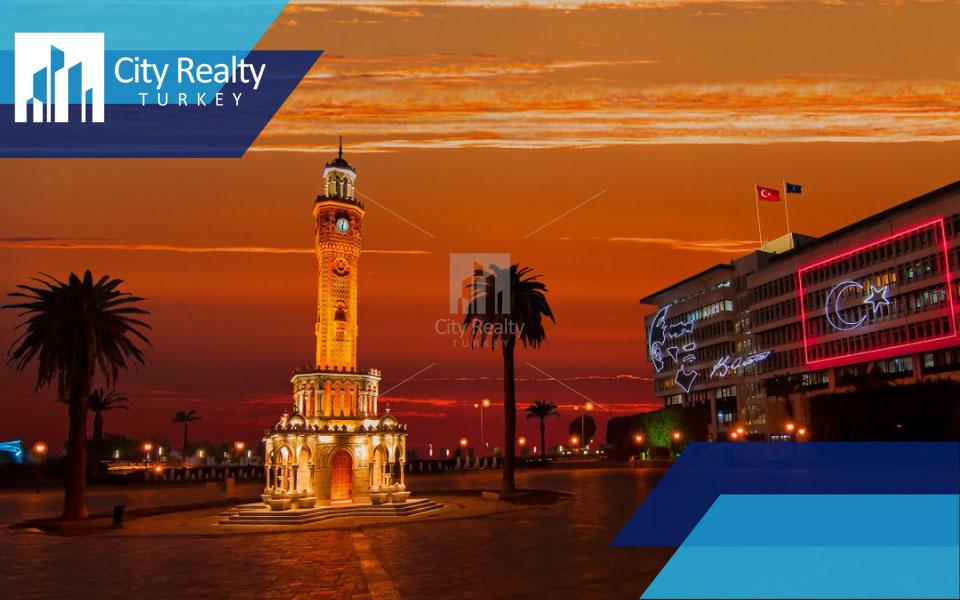 THE Best Restaurants in Izmir 2023 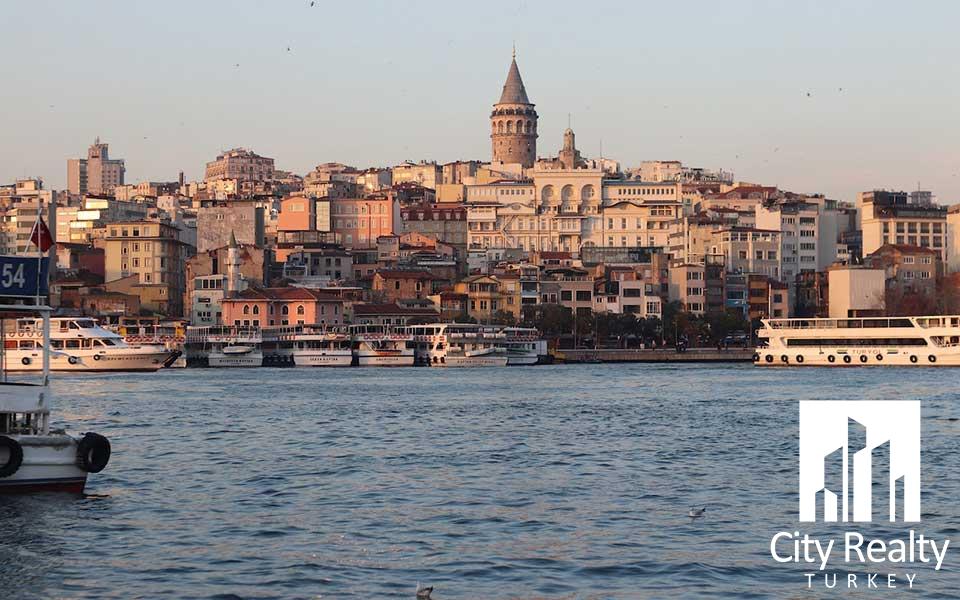 Is Turkey Cheap to Live?